The God’s Garden of Grace project, started by St Peter’s Evangelical Lutheran’s in Pen Argyl, Pennsylvania, began as a single farmers dream to provide food to hungry people. After looking at the church property, members of the parish realized that their 9,000 square foot lawn could be better used as a community garden.

They began to till the land and choose crops would most benefit the people in their community. The reached out to other organizations in the area and soon the Girl Scouts, the Volunteer Fire Department, the Rotary Club, and a legion of community volunteers were working together to produce food. They tested the soil, created fences to keep out pests, and local farmers volunteered to plow and advise.

Soon cabbage, beets, potatoes, tomatoes, peppers, beans, and squash filled the former lawn. The garden became extremely productive and volunteers began to distribute the produce for free to five food pantries and a homeless shelter. In all, the God’s Garden of Grace project donated over 11,000 pounds of produce to people in need. Their ambitious project helped to reduce carbon emissions by keeping food local and also brought a community together to feed hundreds. 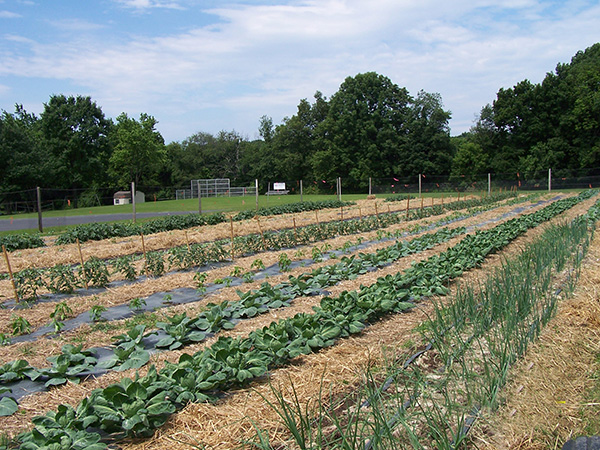 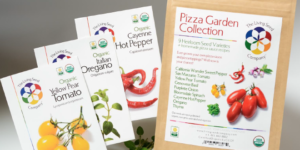 Interfaith Power & Light is pleased to offer you organic, heirloom, non-GMO seed kits. You could grow a Pizza Garden with … END_OF_DOCUMENT_TOKEN_TO_BE_REPLACED